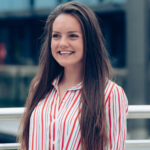 A series of signs have been installed around the harbour area, highlighting the different risks and dangers that the water poses.

The campaign comes after several high-profile incidents and deaths involving individuals getting into difficulty in the water.

A series of signs have been installed around the harbour area, highlighting the different risks that the water poses; its temperature, water quality, lack of ladders and exit points in the water, currents and submerged objects, all of which pose a significant risk for would-be swimmers.

Bristol’s maritime area is a marvel of engineering and one of the city’s most popular destinations for tourists and locals alike. This new campaign seeks to raise awareness around the dangers the water can pose both day and night.

“Bristol’s harbour is fantastically popular and a magnet for Bristolians and tourists alike. It’s draw as a leisure destination means there is an increased risk of incidents in the water at night. We all want people to be safe and this campaign is all about educating people about the hidden risks posed by swimming in the harbour, and to remind people everyone of the need to take care in the dark and especially during or after a night out.”

“Coldwater shock is highlighted in the campaign as a critical factor in water safety, as well as the disorientation in the darkness meaning that it is very difficult find ways out of the harbour. Water quality and hidden debris also makes it unsafe to swim.”

“The harbour also features a deep sluice, which removes it’s silt, creating a powerful undertow as the silt is sucked out of the harbour and into the river. These undertows create deadly submerged currents. The variable depth of the harbour is also a major risk factor, as it can vary by up to 29 feet depending on time and tide.”

“The most recent incidents were tragic, and we are hoping that increased awareness of the risks of the harbour will help to keep people safe as we head into the Autumn months.”

“This summer has seen an increase of people entering the water. On a number of occasions people have been under the influence of alcohol or other substances, which significantly increases the risk of injury or death. Swimming in the harbour is not permitted as it is in breach of the harbour bylaws and can result in prosecution.”

“Bristol Harbour is a working docks and swimming in the harbour is an irresponsible act. This behaviour puts at risks the lives of others who are working or travelling on the water or anyone who is involved in rescuing someone. Swimming in the harbour presents several risks including cold water shock, boat strike, hazardous objects under the water, strong currents and water quality.”

“We’re exploring the potential of introducing safe, managed and segregated swimming to the harbourside, but this is not in place right now. It requires facilities and more intensive management of a section of water which is all being discussed as part of the upcoming Western Harbour development. Until such facilities are in place, swimming in the harbour without the prior consent of the Harbour Master remains a dangerous activity that carries a significant risk of harm. My advice to people is; please do not swim in the harbour, not only for your own sake but for the sake of others too.”